GOLDEN, Colo. – The driver of a semi going eastbound on I-70 near Colorado Mills Parkway hit speeds upward of 85 miles per hour before causing a deadly and fiery crash that left four people dead and many others injured Thursday afternoon, according to an arrest affidavit. 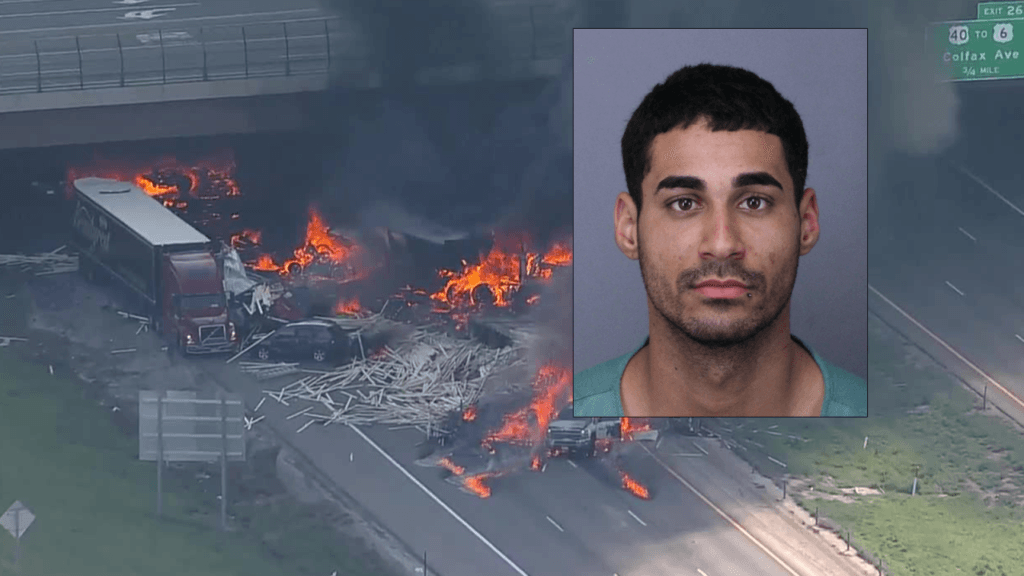 Rogel Lazaro Aguilera-Mederos, who was interviewed by police after he was released from the hospital, said he was driving the semi eastbound on I-70 when he lost control of the vehicle after his brakes failed. He said tried to maneuver to the right shoulder to avoid stopped traffic.

The affidavit states Aguilera-Mederos saw the right shoulder was blocked by another stopped semi, so he swerved backed into the lanes of stopped traffic and closed his eyes before the crash, thinking he was about to die.

The 23-year-old U.S. resident from Cuba survived and was able to escape the blaze that had already ignited. He was taken to St. Anthony’s Hospital in Lakewood for non-serious injuries.