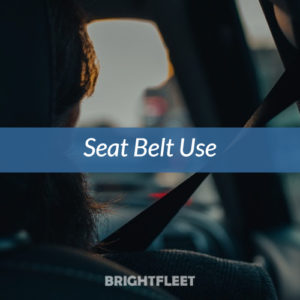 To not be totally critical here of the Florida seat belt law, we would like to refer to a press release by the Florida Department of Transportation (FDOT), on October 17th 2017, regarding a research study that they conducted. According to the results of the research study, the rate of statewide usage of seat belts across Florida has reached the peak of 90.2 percent. Putting it at an all-time record.

The 0.6 percent increase in the rate of usage of seat belts from 2016, which had the seat belt usage rate of 89.6 percent, owes to the efforts of FDOT and its traffic safety partners. Their educational efforts, campaigns (like Click It or Ticket) and high visibility law enforcement, all have helped to increase Florida’s seat belt usage rate to an all-time highest Florida has seen.

The invention of all safety devices has meaning which we, at times, tend to ignore Florida seat belt law. Safety devices play an important role in our day to day lives. We hear about the occurrence of a lot of road accidents that happen every single day where the proper utilization of seat belts save many human lives.

Still, all of us have heard people make excuses like, “I’m only going around the corner,” “it’s uncomfortable,” or “I’m a good driver, I don’t need to wear one.” Well, what people need to realize is that there are situations that can arise which may be beyond their control such as bad weather, road conditions, and mistakes that other drivers make. In such situations, seat belts can define the line between life and death.

Statistical Advantage You Carry If You Have Seat Belts On

Wearing a seat belt every time you enter a vehicle is not only the smart thing to do but it is also the right thing to do because it can help save lives, it’s the law, and of course, it will save you money. It is vital for everyone to recognize the importance and the need of wearing seat belts. And well, it’s a pleasure for us to witness that more and more people are realizing the significance of utilizing seat belts while driving, taking the state’s rate of seat belt usage to a record high.

Although for those who still don’t give much heed to the importance of using seat belts, we would again like to stress on their use by talking some statistics. Research shows that use of a seat belt reduces the risk of fatal injuries to a front-seat passenger of a car by 45 percent. When it comes to injuries that can be rated from moderate to critical, the usage of seat belts reduces the risk by 50 percent.

So, make your own safety, and the safety of your family, your first and foremost priority. Recognize the integral role seat belts can play in protecting drivers and passengers in accidents and car crashes, therefore, starts using them every day, lives are saved and people avoid serious injuries-thanks to the use of seat belts, and Florida seat belt law.